RepubliCare III: Millions of Voices Suddenly Cried Out in Terror and Were Not Suddenly Silenced

I hope everyone has been enjoying our new quarterly American tradition where we all come together for a week and beg Republican senators not to let us and our loved ones die early deaths. Because of those efforts, the Republicans latest attempt, the Graham-Cassidy bill (G-C), to fulfill their childhood dreams of taking affordable comprehensive healthcare away from tens of millions is on life support. However, like any killer in a horror movie, don’t trust it’s dead until it’s dismembered. Here are the latest updates:

Out of His League

Like a moth attracted to the white-hot light of racial tension, Trump lashed out at black athletes on Friday and Saturday. You may recall that last week the Trump administration called for the firing of ESPN host Jemele Hill after she noted in a tweet that Trump really likes white supremacists – you know, like the “very fine people” marching with torches in Charlottesville, the recently pardoned Sheriff Joe Arpaio, and members of his administration. Apparently enjoying the firestorm he started, Trump took it even farther this week.

At a rally on Friday night in Alabama, Trump said, in reference to Colin Kaepernick and others, “Wouldn’t you love to see one of these NFL owners, when somebody disrespects our flag, to say, ‘Get that son of a bitch off the field right now. Out! He’s fired. He’s fired!’” Nothing brings the country together like telling a riled up majority white crowd into the deep south that a black quarterback should know his place and then calling his mom a bitch. Plus Trump got to work in his “fired” catchphrase – talk about a win win win!

Since he was on a racist roll, Trump went for a real heat check on Saturday morning by taking on Steph Curry and the World Champion Golden State Warriors. Trump withdrew his (non-existent) invitation to the Warriors to visit the White House after Curry said the day prior that he didn’t want to visit the White House. The old, “Well, I don’t care if you can’t come, I wasn’t going to invite you anyways,” strategy. Another master lesson in negotiations from Trump.

Athletes have reacted strongly and forcefully. LeBron James called Trump a “bum.” Curry took the high road, saying about Trump’s tweet, “That’s not what leaders do.” Kobe Bryant said that Trump’s words “inspire dissension and hatred.” On Saturday, Oakland A’s catcher Bruce Maxwell became the first major league baseball player to take a knee during the anthem. On Sunday, Philadelphia Eagles and New York Giants players locked arms during the anthem. The Pittsburgh Steelers stayed in the locker room during the anthem. The anthem singer at the Detroit Lions game ended his rendition by kneeling and raising a fist. Jacksonville Jaguars owner, Sal Khan, who donated a $1 million to Trump’s inauguration, locked arms with his players during the anthem, many of whom knelt. Even one of Trump’s best buddies, Patriots’ owner Robert Kraft, condemned Trump’s attack on players.

I stand (or kneel) corrected. Trump going after professional athletes for quietly protesting is bringing people together.

As The Tяump Turns
While Trump threatens North Korea with nuclear war and pours gasoline on simmering race relations, special counsel Robert Mueller’s investigation in Trump’s Russia ties continues along, just like sand through the hour-glass. This week:

Don’t worry, Trump reassured a skeptical public and set the record straight in a tweet this week, “The Russia hoax continues, now it’s ads on Facebook. What about the totally biased and dishonest Media coverage in favor of Crooked Hillary?”

Way Too High of a Price to Pay – Politico found that Health and Human Services Secretary Tom Price has spent at least $400,000 of taxpayer dollars on private jets since May. This is unprecedented. Price took these jets when much less expensive commercial flights, or faster and much less expensive trains were available. Price’s private jet destinations included conferences in San Diego and Aspen, so his contention that “the majority of the flights were for opioid crisis or the hurricanes” doesn’t hold up. Also, I’m not a public health official, but I’m pretty sure solving the opioid crisis does not require private jet travel. In related news, here is Price from a few years ago raging against government use of private jets and wasteful spending.

Maybe He Meant Zamunda? – At lunch with African leaders at the United Nations, Trump twice referred to the non-existent country of “Nambia” (there’s a Namibia, a Zambia, and a Gambia). I can’t blame Trump though, I imagine since he was talking to African rulers in New York, his staff prepped him with a viewing of Coming to America.

I Can’t Stand It, I Know You Planned It – After already eliminating significant funding for Affordable Care Act (ACA) advertising and outreach and reducing the open enrollment period from 90 days to 45 days, the Trump administration found yet another way to sabotage the ACA. The administration will shut down the ACA enrollment site, healthcare.gov, for “maintenance” for 12 hours(!) almost every Sunday during the open enrollment period. Also, on the first day of enrollment, Wednesday, November 1, they are shutting it down overnight as well.

Playing Through – I like to check in every once and a while and remind myself how far we’ve sunk. Last weekend, Trump retweeted something from someone named “@Fuctupmind” – no one cared. The content of that tweet was a spliced together video of Trump hitting a golf ball and that ball hitting a woman and knocking her over – no one cared. That woman was former political opponent Hillary Clinton – no one cared. Now imagine Barack Obama tweeting out a video of him dunking in the face of Sarah Palin and standing over here. I think some people may have cared about that.

Contracts Killed Before Action – The Washington Post reports that the U.S. Army recently canceled enlistment contracts for hundreds of foreign-born military recruits. These enlistees volunteered to fight for the United States in exchange for a fast-track towards citizenship. The U.S. instead has abandoned these patriots, leaving many vulnerable to deportation.

Sofia’s Choice – This week’s tragic story of deportation comes from deep in the cold heart of Texas. A nurse at their local hospital told undocumented immigrants, Oscar and Irma Sanchez, that to get treatment for their infant son with pyloric stenosis they had to drive to a children’s hospital two hours (and one Border Patrol checkpoint) away. While the Sanchezes debated in the waiting room about what to do, the Border Patrol showed up at that local hospital looking for them. Oscar Sanchez believes that a nurse likely turned them in. The Border Patrol agreed to take the Sanchez family to the children’s hospital to save their U.S citizen son’s life, on the condition that they would be arrested upon arrival at the children’s hospital.

See Only Evil – The Trump administration rejected the findings of a study it commissioned from the Department of Health and Human Services on the financial impact of refugees. The report found that “the net fiscal impact of refugees was positive over the 10-year period, at $63 million.” Instead of publishing that finding, the official report only mentioned the cost of refugees to the U.S. Government without any note of the revenues contributed.

Ooh, look who knows so much, the U.S. was only mostly not breached – The AP reported that on Friday, nearly a year after the election, U.S government told “election officials in 21 states that hackers targeted their systems in 2016, but most were not breached.” Well, as long as it was at least less than half.

Like Totally? To the Max? – In an unhinged speech to the United Nations, President Bill S. Preston, Esq., threatened to “totally destroy” North Korea. At the literal home of the world’s best attempt at global diplomacy, Trump also called Kim Jong-un “Rocket Man.”

In last week’s issue, I profiled the front-runner for the Republican nomination for Alabama’s open senate seat, Roy Moore. To jog your memory, he was removed from the Alabama Supreme Court for twice defying court orders because he thought they conflicted with god’s orders.  This week, he referred to Natives Americans and Asians as “reds” and “yellows”, ejected a reporter from the liberal rag, The Economist, from his rally, and invited former White House Nazi, now just unemployed Nazi, Seb Gorka, to campaign on his behalf.

Trump nominated Michael Dourson to oversee the EPA’s chemical safety programs. He knows a lot about that since he spent the last 20 years doing all he could to keep chemical companies safe from EPA intervention.

Consistent with his belief that the best qualification for someone to manage a government agency is to despise what it does, Trump nominated Trey Trainor to the Federal Elections Commission. Back in his home state of Texas, Trainor developed quite a reputation of fighting any regulation of campaign financing. His other core belief is that Catholicism is the only true religion and that “Protestantism is poison.”

In case you’re counting down the days until Trump is gone, remember that his legacy will live on in his lifetime judicial appointments. Trump nominated Jeff Mateer for a federal judgeship in Texas. Mateer once described transgender children as proof of “Satan’s plan.” I’m not personally aware of the goals of the Lord of Darkness’s plans, but I’m thinking Mateer didn’t mean that as a compliment. For the U.S. District Court for the Eastern District of North Carolina, Trump nominatedThomas Farr. Farr built his career fighting, according to Newsweek, “to block the black vote.” What makes Trump’s nomination of a vote suppressor extra fun is that this judgeship has been open for 11 years because Senator Richard Burr (R-NC) blocked the Senate from voting on either of President Obama’s nominations, both highly qualified African-American women.

Featured Article of the Week

Ta-Nehisi Coates wonderfully walks us though how “the foundation of Donald Trump’s presidency is the negation of Barack Obama’s legacy” in “The First White President” in The Atlantic. 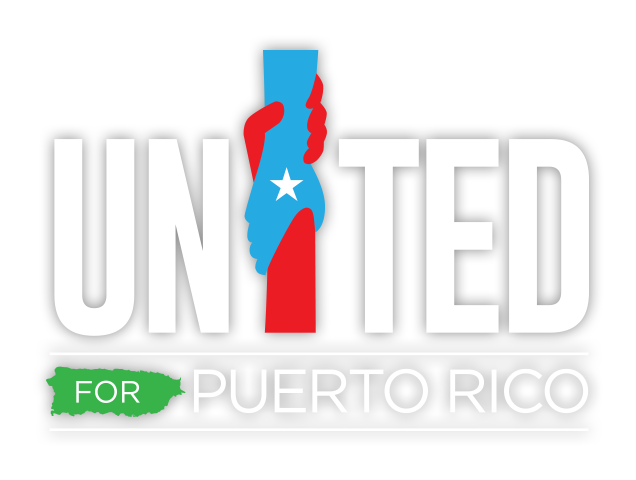 Tragically absent from the news and Congressional action this week is the total devastation in Puerto Rico after Hurricane Maria. 3.5 million Americans are without power right now and there are tens of thousands in the path of a dam that is about to fail. Please consider making a donation to Unidos por Puerto Rico.